​*Spymaster: A Memo to President Buhari on Sambo Dasuki*By Yushau A. Shuaib 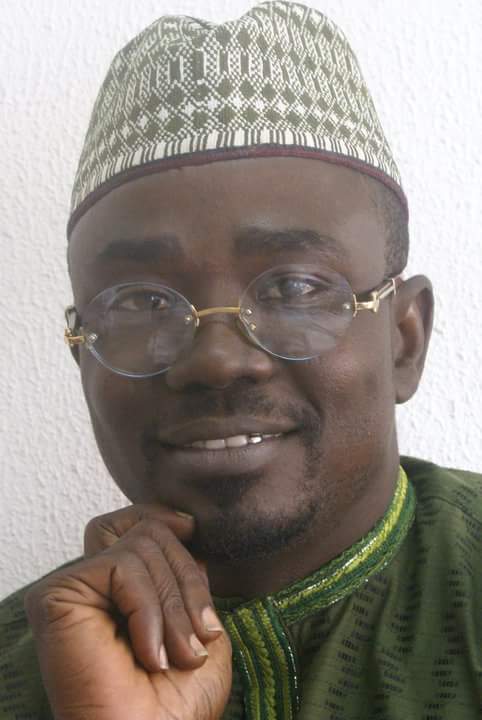 Your Excellency, Mr. President, permit me to use this open letter as an appropriate channel to convey this message to you for the obvious reason of reliability. For fear of being misunderstood, I should state from the onset that I have been your hardened fan since the 80-90s while I was a student and contributing articles featuring the famed incorruptibility and discipline of you and your former lieutenant, the late General Tunde Idiagbon. (Link: http://yashuaib.com/1991/11/haba-governor-madaki/

It may interest you to note that immediately after your election, I was approached by well-wishers requesting my services on communication strategies for your wife, Mrs Aisha Buhari. While I recognised the fact that such request to work with the first family is a great honour, I nevertheless politely declined for fear of conflict of interest because I had served the Office of the National Security Adviser (ONSA) during the tenure of Sambo Dasuki which is being probed by your government.

I wish to therefore implore you to read this memo with open-mind as coming from an admirer who means well for you and the nation because of some disclosure I would make here for the record.

Immediately after I was prematurely retired from the public service for writing against a serving powerful minister during the previous administration, Sambo Dasuki invited me to serve the same government as a consultant on crisis communication and a major intermediary between the media and the critical stakeholders i.e. the military, security, intelligence and response agencies in Nigeria. The assignment was designed to counter terrorists’ propaganda and other campaigns on security consciousness which we successfully executed in the last three years. (Link: http://yashuaib.com/2014/03/sambo-dasuki-on-security-media-relations/

In the course of my assignment not only did I relate closely with the ONSA and other security agencies, I also enjoyed interaction on valuable information about your past relationship with Sambo Dasuki. Your Excellency, you may recall my first article on his travail which I titled ‘An Encounter with the Spymaster’ in July 2015. In that article, I narrated his visit with other officers to you in Jos while you were GOC over the coup that ousted President Shehu Shagari which you later emerged as the Head of State. I also stated his denial of ever arresting you or detaining you after the Babangida coup that ousted you. In fact, few weeks after my publication, your town man, retired Colonel Abdulmumini Aminu corroborated the same story by insisting that it was him (AbdulMumini and two other officers –John Madaki and Lawan Gwadabe) and not Dasuki that arrested you (Link: http://www.premiumtimesng.com/news/top-news/188069-how-we-arrested-buhari-during-1985-coup-abdulmumini-aminu.html or http://bit.ly/2fK4jQv
In the same article, Dasuki whom I learnt is your in-law, narrated his brotherly supports for your candidacy for the Presidency in 2003, 2007 and 2011 before he was later appointed the NSA by Goodluck Jonathan. Apart from mentioning names of people privy to those efforts in that article who are still alive, he also mentioned how he pleaded with Asiwaju Bola Ahmed Tinubu and Chief Bisi Akande on your behalf to allow you fly the joint ticket of the Presidential candidate of the then CPC and ACN in 2011. (Link: http://yashuaib.com/2015/07/sambo-dasuki-an-encounter-with-spymaster/

Your excellency, from the foregoing, I can say that Sambo Dasuki is an honourable man who respected you and can do no harm. In fact, he confided in me when he was acting as your NSA that many people were asking him to run away because you would deal with him. He said “I can never be a fugitive after past Abacha’s attempt on my life in the 90s. I will remain in Nigeria and face any consequences.”

While serving as the consultant to ONSA and other security agencies, we created a most cohesive and organised platform for top security spokespersons under the platform of Forum of Spokespersons of Security and Response Agencies (FOSSRA) to counter the narratives and propaganada machinery of the insurgents and their sympathizers. We succeeded in establishing and sustaining mutual understanding and synergy among all the agencies, especially in coherent and coordinated interface with the media. We also eliminated inter-agency rivalry and dichotomy as we also checked and controlled embarrassing information leakages that might be injurious to national security. (Link: https://prnigeria.com/2014/08/fossra-foster-interagency-security-collaboration/

It should be stated here that during the critical period of the war on terror, the western powers deliberately refused to sell required weapons and armaments to Nigeria to prosecute the war on flimsy excuses of human right abuses. When they embargoed the supply, the then government had to resort to Eastern Block for required arms and ammunition. Though the arrival of the equipment were late which necessitated the postponement of the 2015 election, the subsequent operations were successful. In fact, Your Excellency, some of the acquisitions arrived after you came into office. (Link: https://prnigeria.com/2015/04/military-to-liberate-sambisa-forest-may-29-nsa/

Your Excellency, you may be aware that the military during Jonathan’s administration also secured the cooperation of reluctant neighboring countries to confront terrorists after funding the Multi-National Joint Task Force (MNJTF).  You may also be aware about other strategies that were deployed to tackle the Boko Haram menace when Special Technical Advisers from friendly countries intelligently assisted our air powers to clear the occupied territories from the sky while the ground troops moved in to consolidate the clearance of the remnant of terrorists. (Link: https://prnigeria.com/2015/03/so-called-mercenaries-are-technical-advisers/

Your Excellency, as you may probably know, average Nigerians can be forgetful. Before the handover to you as the President of Federal Republic of Nigeria on May 29, 2015, when Sambo Dasuki was still the NSA under the Jonathan administration, Nigerian military had successfully liberated dozens of towns and cities from terrorists in Adamawa, Borno and Yobe State. Some of the liberated towns including these 24 towns: Abadam, Askira, Baga, Bama, Bara, Buni Yadi, Damboa, Dikwa, Gamboru-Ngala, Goniri, Gujba, Gulag, Gulani, Gwoza, Hong, Kala Balge, Konduga, Kukawa, Marte, Madagali, Michika, Monguno, Mubi, among other communities with pictorial and video evidences provided by the Defence Headquarters. In one day alone April 30, 2015, at least 234 abductees (Women and Children) were rescued by the military who had stormed sections of the Sambisa Forest. (Link: https://prnigeria.com/2015/05/another-set-of-234-women-and-children-freed/

Some of the finest and courageous military commanders who led our troops to recover those territories are still in active service and can bear witness to those great moment of the military’s accomplishments. I must commend your Excellency for assigning some of them to higher responsibility and for providing the nation with the current courageous Service Chiefs who have performed exceeding well in the mopping and clearance exercise.

You may also be aware that it was Sambo Dasuki as the NSA who introduced the Soft-Approach programme that gave birth to Presidential Initiative on North-East (PINE), which later metamorphosed into Presidential Committee on North-East Initiative (PCNI) which you recently inaugurated. In fact Dasuki also introduced and implemented the National Counter Terrorism Strategy (NACTEST) which your Vice President Osinbajo and current humble  NSA Babagana Monguno jointly relaunched recently. These are obvious facts your excellency. (Link: http://yashuaib.com/2016/09/nactest-osinbajo-and-the-revised-counter-insurgency-campaign/

Mr. President, I raised some of these issues to let you know that there are a lot of alarming and toxic misleading information in the public domain. You may recall my alarm over the AVM Jon Ode Panel on arms procurement and advise I gave you to always conduct thorough and due diligence search on those to be appointed into any organisation, committee or panel to ensure their incorruptibility in line with the change mantra of your administration. I warned that wrong people in sensitive positions may capitalise on your sincerity to engage in proxy wars without your knowledge. I mean this sir. (Link: https://prnigeria.com/2016/03/yashuaib-resigns-fossra-say-jon-ode-panel-misleading-president-buhari/

May I appeal to Your Excellency to simply review the fact that Sambo Dasuki has been granted bails by three High Courts in Nigeria and that even the ECOWAS Court has also ordered his release yet he has remained in custody. I know you can do it because you single-handedly intervened in saving careers of some senior military officers when you refused to be misled by some reports. Surprisingly, the public are not even aware of your magnanimous gesture but some of us are, as the saved security officers remain grateful to your kindness and fatherly role. (Link: https://prnigeria.com/2016/10/ecowas-court-orders-immediate-release-dasuki/

The obvious disobedience to court order on Dasuki’s bail is quite disturbing. Since his arrest and detention on December 1, 2015, Dasuki has observed Christmas, New Year, Islamic Festivities of Ramadan, EidKabir and Moulud in captivity.  In less than a month time, he will have clocked one year in detention against the law.

With consolidation of some of the charges against Dasuki, the judiciary should also be encouraged to ensure that the Court Trial is open to the public rather than through Secret Trial. Open trial may provide factual realities of stewardship against occasional imaginary fictions of media trials.

Your Excellency, as an admirer of your discipline and incorruptibility, I pray you lead the country to the path of political stability and economic recovery. I also pray that at the end of your tenure, your aides and loyalists would have the same courage to stand by you without being hypocritical ingrates as we have seen today.