Nigeria’s first Prime Minister Alhaji (Sir) Abubakar Tafawa Balewa (1912- January 15, 1966) was popularly known as “The Golden Voice of Africa”. Tafawa Balewa took its name from two corrupted Fulani words: “Tafari” (rock) and “Baleri” (Black). So he grew up with the nickname, “Black Rock.” He had very humble origins. His father was a slave who rose in service of the Madaki of Bauchi and became a district head. 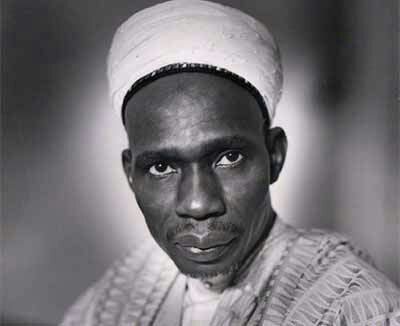 Abubakar Tafawa Balewa was born in Tafawa Balewa, present day, Bauchi State. He remains Nigeria’s first and only Prime Minister. He started his early education at the Koranic School in Bauchi and like most of his contemporaries, he studied at theBarewa College for further education and soon acquired his teaching certificate. He returned to Bauchi to teach at the Bauchi Middle School.
In 1944, along with a few learned teachers from the north, he was chosen to study abroad for a year at the University of London’s Institute of Education, which today forms part of University College London. Upon returning to Nigeria, he became an Inspector of Schools for the colonial administration and later entered politics.
He was elected in 1946, to the colony’s Northern House of Assembly, and to the Legislative Assembly in 1947. As a legislator, he was a vocal advocate of the rights of northern Nigeria, and together with Alhaji Ahmadu Bello, who held the hereditary title of Sardauna of Sokoto, he founded the Northern People’s Congress (NPC).
In 1951, in the North’s first elections, Tafawa Balewa won seats in the Northern House of Assembly and in the House of Representatives in Lagos, where he became a minister in the Central Council. In 1952 he became Nigerian minister of works and in 1954 minister of transport and the senior minister and leader of the NPC in the House of Representatives.

News of his assassination spurred violent riots throughout Northern Nigeria and ultimately led to the bloody counter-coup of July 1966. Today, his portrait adorns the Five Naira note. The Abubakar Tafawa Balewa University, Bauchi in Bauchi State is named in his honour. 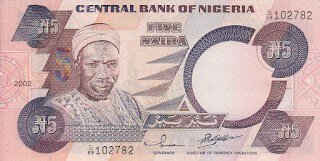 In 1957 he became the first prime minister of Nigeria, a position he held until his death. As prime minister, Tafawa Balewa developed a favorable reputation in international circles. He was considered a pro-Western leader but was very critical of South African racial policies and of French plans to test atomic devices in the Sahara. His last public act in January 1966 was to convene a Commonwealth Conference in Lagos to discuss action against the white supremacist unilateral declaration of independence by Rhodesia (now Zimbabwe).
The Five (5) Naira note features Balewa’s portrait.
Throughout his career, Tafawa-Balewa played a leading role in national policy making. Nevertheless, he often seemed limited in his own personal power, because as vice president of the NPC he was answerable theoretically to Sir Ahmadu Bello, premier of the Northern Region and president of the NPC.
Some political observers have concluded that this relationship with Bello hindered Tafawa Balewa in handling the major crises which arose in the first years of Nigeria’s independence. It was one of these crises, the Western Region elections of 1965, which led to chaos in the Western Region and was the immediate cause of the downfall of Tafawa Balewa’s government.
In January 1966 a discontented segment of the army attempted a coup d’etat in which Tafawa Balewa was abducted and murdered. The circumstances of his death still remain unresolved. His body was found at a roadside in Ifo, present day, Ogun State, six days after he was abducted by soldiers. Balewa was buried in Bauchi.
News of his assassination spurred violent riots throughout Northern Nigeria and ultimately led to the bloody counter-coup of July 1966. Today, his portrait adorns the Five Naira note. The Abubakar Tafawa Balewa University, Bauchi in Bauchi State is named in his honour.