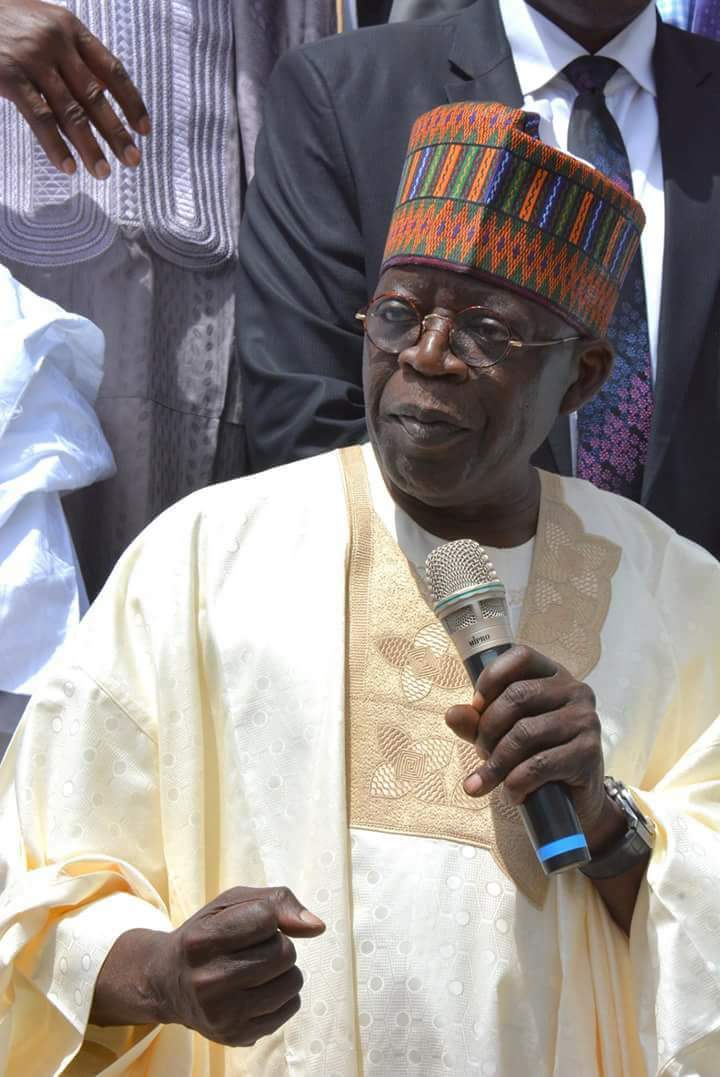 The past sculpts both present and future. Where we stand today as a nation is but the child of what we did or failed to do yesterday. If we are to build toward our better future we must have an appropriate respect for and do an accurate recounting of that past. This is why I am honored to speak to you this evening as we mark the 91st birthday of a venerable institution that has been a foundation of Nigerian journalism, the Daily Times. The oldest of Nigeria’s newspapers, the Daily Times, has chronicled the story of our nation, even when we were yet to become a nation.

The Daily Times was there in 1926 telling the story of how great men and women dreamt of a Nigeria independent and sovereign in its own right. The Daily Times was there detailing the evolution of Nigeria from colony to country, cataloguing events and ideas encountered as we traversed the difficult road that eventually brought us to our appointed station: National Independence.

The Daily Times was there writing about the birth and growing pangs of this nation, the high and sometimes dashed hopes that described that period.

The Daily Times was there as we embraced political unity and then suffered political upheaval. As we warred against our very selves and then as we placed gun, sword and knife aside to give ourselves a second chance. It was there as we trapped ourselves in the revolving door of oil boom and oil bust. As we flirted back and forth between democratic government and military rule in the 1980s and 1990s.

It was there when civilian democracy returned forever casting away the specter of dictatorial rule. It has been there to record how this fledgling democracy is slowly and awkwardly gaining its legs that it may withstand the tests of time and of the imperfections of the human beings that govern it. It was there when Nigeria made history by peacefully asking an incumbent government to step aside for another. Truly, the archives of the Daily Times portray the making of the nation that we are.

Yet, for the rest of my short intervention here, I would like to focus not so much on the nation we are, but on the nation we must become. We have quickly reviewed the past that we may gaze over the horizon into the future we seek. In less than a decade, the Daily Times shall celebrate its centennial. By God’s grace, we all shall gather again to mark that occasion.

But we must ask, what type of Nigeria will Nigeria be ten years hence? If we want to render a good and pleasant answer, we must begin to shape that reply today.

Thus, I am here as a Nigerian to speak of what we must do as Nigerians to construct a better land.

To some degree or another, our successes and failures belong to all of us. Therefore, this is not the time nor the place to apportion blame or accolade. Instead, I present a vision that I hope can be embraced by all Nigerians regard less of creed, place of birth, social station and political affiliation. Nigeria is at a juncture where it must redefine itself or forever forfeit the right of way to a better future. The primary challenge of our time is our political economy.

The slump in oil prices exposed the weakness of our economy for even the blind to see. The truth be told, we always knew this weakness existed. Yet we did nothing to cure it when fixing the gap would have been less painful and less urgent. Through indifference, selfishness or ignorance we failed to forge a consensus on how to resolve the collective problem.

This failure speaks to a problem of our politics because the decision on how to structure the economy is essentially political in nature. For all the energy invested in politics, the output has been minimal. In short, our politics has been directed at the wrong things.

Because of this, Nigeria has too long travelled a self-defeating economic road. Dare not think that we can afford to sit idly and outwait the low oil prices. We cannot fool ourselves into believing that the prices will rebound to prior levels and things will return to normal.

My friends, that normal many of us pine for was never good enough. It was simply the prelude to the troubles of today and the challenges of tomorrow. To merely wait as if waiting is all we can do is to be like the wishful man who does nothing although he knows a great storm approaches and he has a gaping hole in the roof of the house he just bought.

He concludes the rain will not enter his house because such a thing would be unfair since the hole was caused by the mischief of the former owner and not by his own hand. Some might call this man’s belief one of undue optimism. Others might deem it foolhardy.

Either way, it is costly, perhaps fatal. The impersonal forces of the economy owe us nothing that we do not doubly owe ourselves.

We must break from the inertia that has characterized our approach to major national problems. We need to summon a greater love of our fellow Nigerians. Such empathy will compel us to embrace ideas to reform the political economy in a manner that lends greater justice and prosperity to all Nigerians. Then we must have the courage not only to envision the beautiful thing.

We must have the bravery to embark on the hard work and progressive reforms needed to turn the fine dream into a living and material reality.

Our economy has been one where too many people and resources were left idle and thus made poor by virtue of this static predicament.

Joblessness or poverty became the byword describing the lives of most people. The industrial base we were developing vanished under a torrent of imported goods. Agricultural production was insufficient to satisfy our needs.

Even then, much local produce was allowed to rot on the vine or in transit due to poor farm-to-market physical and financial infrastructure. The harder a farmer worked, the poorer he became. The more a city resident looked for a job, the more frustration overlook him for not finding one.

The businessman who wanted to invest in a factory to create jobs and goods found that interest rates and high production costs due to erratic power would turn his balance sheet crimson and were foes too strong for him to overcome.

While the productive sectors of the economy floundered, the rentier and financial sector flourished.

Those fortunate enough to have access to high finance, made windfall profits merely by virtue of being in the so-called right place at the right time. They did nothing of true economic value.

They simply funneled money from one hand to the other. At the expense of the rest of the nation, they profited handsomely from this financial juggling act.

The economy became an ungainly and unbalanced albatross. Any growth in the economy only compounded the distorting instead of curing them. The fall in oil prices exposed this economic model for the lie that it was.

Now we must fashion a new political economy. In due course, the present recession will end. This should come as some relief. In itself, however, it is not cause for celebration.

Far from it. The end of recession does not mean the beginning of prosperity. If we conflate the two, we will shun the labor required to properly reform the political economy.

Things will remain as they are. Repeated downdraft and contraction will chase us as surely as night chases day and day chases night.

At this point, I want to offer a few suggestions on how to reshape our political economy in ways that respond to the needs and aspirations of those Nigerians who have been long neglected and made to suffer the bitter dividends of a mercenary system.

The Constitution declares Nigeria a federation of 36 states. However, we still grapple with the vestiges of our past under military rule. In many ways, we still function like a unitary state despite the constitution.

More powers and resources need to devolve to the states. The Federal Government is taking on too much. We cannot flourish with over concentration of powers at the centre. Some of the 68 items on the Exclusive Federal List should be transferred to the Residual List, as it was in most federal constitutions.

A notable feature of even our own 1963 Constitution was the extensive powers granted to the regions which enabled them to carry out their immense responsibilities as they best saw fit.

This was because the regions inherently had a better sense and feel for the needs of their populations simply by virtue of the fact that they were closer to the people than was the centre.

Some items which ordinarily should be state matters like police, prisons, stamp duties, taxation of incomes, profits and capital gains, regulation of tourist traffic, registration of business names, incorporation of companies, traffic on federal truck roads passing through states, trade, commerce and census among others were transferred from the Concurrent to the Exclusive List.

I’m opposed to federalism operated as a unitary monster. As Lagos State governor, I challenged several Federal Government decisions for overreach and for violating the principles of federalism.

Today, those 37 additional councils have helped Lagos significantly as development centres. We took the Federal Government to court on issues like the regulation of the hospitality industry, fiscal planning, and on who had the authority to issue Certificates of Occupancy.